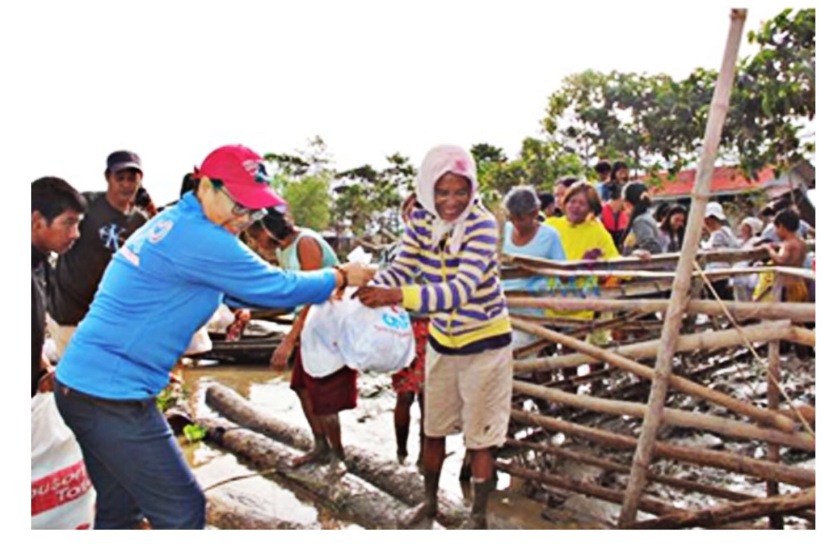 Last February, GMA Kapuso Foundation together with KING CUP SARDINES, which is being produced by PERMEX Producer and Exportation Corporation plus other food and hygiene companies did an Operation Bayanihan.

It was last January that most of the municipalities in Mindanao particularly Agusan, Butuan and Caraga were affected by non-stop rain which resulted to flood including the overflowing of Agusan River

This has brought damage not only to the roads, fields, root crops, but most specially to the houses of our fellow Filipinos.  Because of this, GMA Kapuso Foundation was the first Non-Government Organization (NGO) who extended their help and distributed relief goods particularly to the barangays in Butuan like Brgy. Baan, Sagunto and Halapitan, and Brgy. Nuevo Trabajo in San Luis, Agusan del Sur.  Extended help was also given most specially to those living beside Agusan River including the municipalities of Loreto and Banauan, San Francisco and Malimono in Surigao and to those confined in CARAGA Hospital.

Aside from preserving the country’s marine resources, PERMEX core values includes protecting the environment. PERMEX feels that the disaster brought by the heavy rains which caused the flood and overflowing of Agusan River was so unfortunate.  And in line with the intention to help the Filipino people and give back because of the support that is being given to PERMEX, the said company didn’t think twice in giving boxes of KING CUP SARDINES through GMA Kapuso Foundation.

Thousands of calamity-affected families were given relief goods by GMA Kapuso Foundation and KING CUP Sardines was one of those goods.

In line with this, PERMEX would like to continually remind our fellowmen to take care of mother earth to avoid these kinds of disaster.