100 TULA PARA KAY STELLA (Jason Paul Laxamana)
Fidel and his crushie Stella go through college together and we watch as he struggles to confess his feelings for her.

ANG MANANANGGAL SA UNIT 23B (Prime Cruz)
“Ang Manananggal Sa Unit 23B” is a love story… but with a creature from Philippine folklore. Ryza Cenon of “Ika-6 Na Utos” plays the titular character who has to keep emotions at bay or risk transforming into a winged creature.

AWOL (Enzo Williams)
Lt. Abel Ibarra goes after the man who tried to kill him and his family.

BAR BOYS (Kip Oebanda)
Rocco Nacino, Enzo Pineda, Carlo Aquino and Kean Cipriano star as four law students and the sacrifices they make as they inch closer to their dream of passing the bar and becoming lawyers.

BIRDSHOT (Mikhail Red)
After unintentionally shooting a Philippine Eagle, Maya is forced to flee and hide in a forest — where violence and other threats lurk in the dark.

PAGLIPAY (Zig Dulay)
An Aeta crosses the river to go to town and find a wife. On the way he meets a woman who grew up in the city and the encounter creates a lasting impact.

PAUWI NA (Paolo Villaluna)
A sickly man, his nagging wife, a blind and pregnant woman, “Jesus Chirst”, and a dog ride a pedicab out of Manila to find greener pastures in the province. “Pauwi Na (Pedicab)” was awarded Best Film at the Shanghai Film Festival.

SALVAGE (Sherad Anthony Sanchez)
A news crew reporting on alleged mythical creatures in Mindanao are chased by an armed groups into the forest.

STAR NA SI VAN DAMME STALLONE (Randolph Longjas)
A child with Down Syndrome dreams of being a star, prompting his struggling family to hustle some more and help turn his dreams into a reality.

TRIPTIKO (Miguel Franco Michelena)
A three-panel film that unearths the mysterious happenings in the lives of a playboy who runs out of luck, a model whose skin-deep curse reaches a boiling point, and a musician chasing after light-footed love 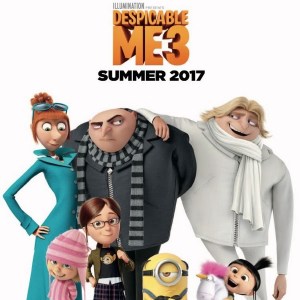 This third installment focused more on Gru’s sort of normal life now with a wife and of course the adorable kids. He got fired and his retirement-from-evil has bored the heck out of the minions who rallied against him and left. What’s more, he discovered that he has a twin brother, one that’s his complete opposite from features, financial status, to mind-set. Now that’s a good setting for a sibling rivalry right?

Enter Balthazar Bratt who is a washed out 80’s villain child star. I must admit, everything about Bratt amused me. I guess its because of the nostalgia that surrounded his character from the music, fashion, expressions, etc.

Now going back to Gru and Dru, I wouldn’t have expected an animation movie to hit me hard that way. My sister passed almost a month ago and this duo reminded me of our relationship. Gru who’s always serious is like my sister and me, Dru the happy-go-lucky one. Not ashamed to admit, I shed tears more than once during the film. But they were good tears, a combination of a punch in the stomach to face reality and tears of acceptance – and I needed that.

The minions for me were not that wacky as before probably because there were only bits and pieces of them in the storyline. Or maybe because the focus was on the mutiny leader, Mel. Just the same, the minion bits were very entertaining.

For me, this is my favorite Despicable Me movie because it focused on family, not just by blood, but in whatever shape or form. 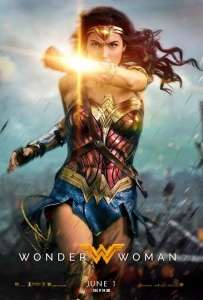 Wonder Woman’s almost every girl’s favorite for decades (Barbie’s another topic). She’s the epitome of girl power, of a woman’s capacity for strength and independence coupled with intelligence and wit. Being of a certain age, Lynda Carter was THE one and only Wonder Woman for me, so whomever was chosen to play the part of the Amazon Goddess after her, certainly should exceed expectations.

Gal Gadot did not exceed expectations but rather gave a whole new perception, a different dimension, a re-definition of Wonder Woman. Her Amazonian features are not ‘masculine’ but toned rather than the comic book depictions of early 2000 which for me, resembled an MMA/UFC fighter. Gal’s look was a cross between an androgynous supermodel and one of the 80’s G.L.O.W. (Glorious Ladies Of Wrestling), but that’s just me.

Now about the film, certain details of Diana’s history were answered. Though in some (comic book) stories she was not molded from clay by Hera and breathed into life by Zeus. Either way, she’s still an Amazon clueless that she is in fact, a Goddess.

What I liked the most is that the film focused on her emotions and reactions with each unfolding phase. I mean if Steve Trevor hasn’t suffered such fate, then Diana would not have triggered and discovered her maximum power, right? But then again, maybe in an alternate universe, Steve could have lived happily with Diana and she discovers her full potential in some other way.

Now about the twist with the ‘God Killer’ sword and the climactic one on one with her nemesis, its certainly one for the books. A perfect amalgamation of the mythical, the esoteric and the futuristic.

Aside from the actors, the director, writer, all through the cinematography, period and amazonian costumes, effects..everything, did not disappoint – certainly well-worth the wait!