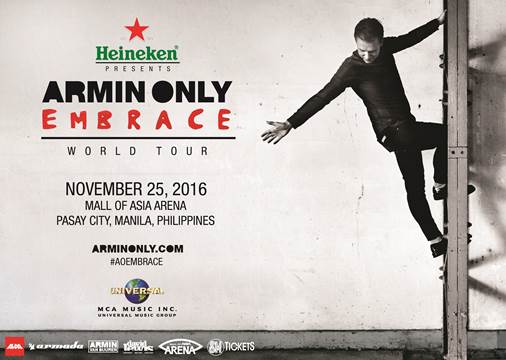 After spectacular shows in Ziggo Dome, van Buuren will travel the world and will make a stop in the Philippines on November 25, 2016 at Mall of Asia Arena. Tickets are available at SM Tickets (smtickets.com) and for VIP Lounges reservations, call 916-2504. A special 4+1 ticket promo is also running until the end of October 2016. This theatre meets dance show is presented by Heineken and brought to you by MCA Music Inc. 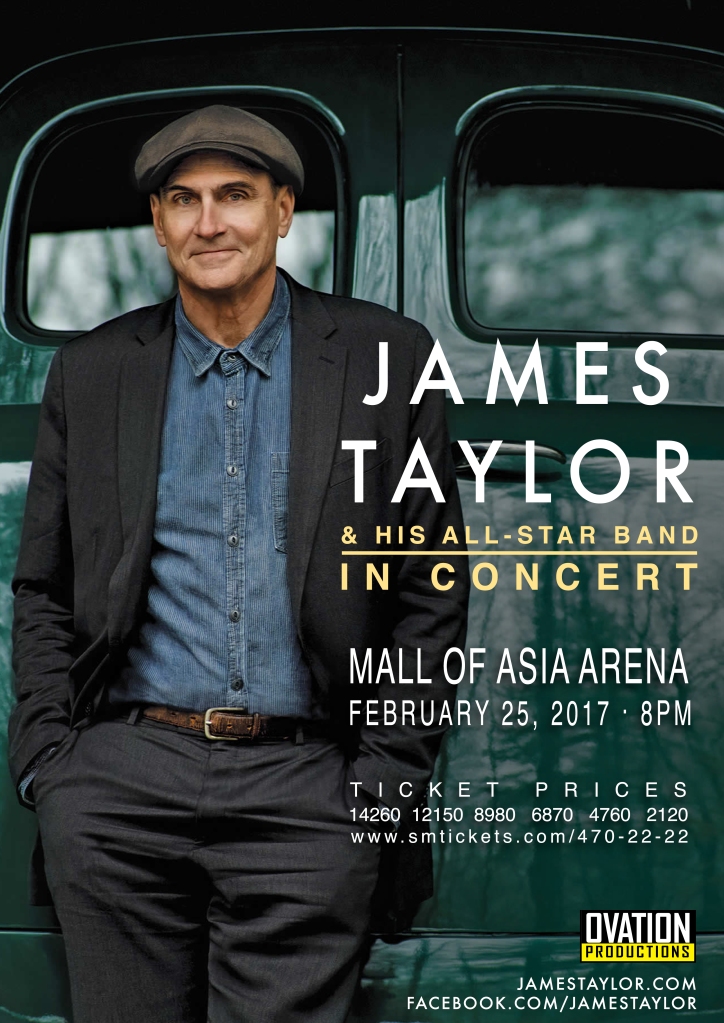 Ovation Productions presents music legend James Taylor live in Manila on February 25, 2017 at the Mall Of Asia Arena. James has sold over 100 million albums throughout his career and has earned 40 gold, platinum, and multi-platinum awards, multiple Grammy Awards and has been inducted into both the Rock and Roll Hall of Fame and the prestigious Songwriters Hall of Fame. His songs have had a profound influence on music lovers from all walks of life: “Fire and Rain,” “Country Road,” “Something in the Way She Moves,”, “Shower the People,” “Your Smiling Face,” “Carolina In My Mind,” “Sweet Baby James,” “Don’t Let Me Be Lonely Tonight,” “You Can Close Your Eyes,” “Places in My Past”, “Shower the People”, “How Sweet It Is”, “Long Ago and Far Away”, Handy Man”, “Mudslide Slim and the Blue Horizon” and many more.

More about the concert after the jump END_OF_DOCUMENT_TOKEN_TO_BE_REPLACED

Today’s hottest and best-selling pop and urban artist, Jason Derulo is bringing his World Tour 2016 to Manila on May 27th live at the Mall of Asia Arena. Joining him as special guest for this concert tour is equally successful pop and EDM artist, REDFOO, one half of the team behind “Party Rock Anthem”, “Sorry for Party Rocking” and “Sexy And I Know It”, electro-pop dance duo LMFAO.