In Sarap Diva, Regine shows a side of her persona that is most real. At home, she is the queen in her own kitchen, where she turns cooking into an art and leaves friends and family in awe of her delicious dishes.

The cooking and lifestyle show is nearing its fifth year wherein the Asia’s Songbird and Cooking Diva candidly shares her kitchen adventures on and off cam since she took to heart how to cook, “Para ma-impress ang asawa (Ogie Alcasid) ko.”

Aside from Regine’s recipes, the show’s resident Chef, Jonah Trinidad works with her to come up with dishes that are affordable, easy to cook and DIVAlicious for the Kapitbahays.

Uploaded every week after airing on its official Facebook Page, the popularity of the recipes generously shared and cooked by celebrities during the show eventually gave birth to the cookbook, ‘Bongga sa Kusina Recipes from Sarap Diva.’ 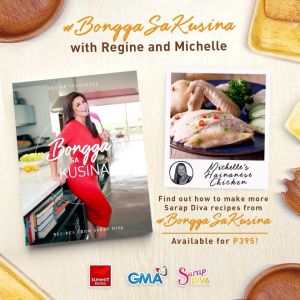 Michelle Van Eimeren’s ‘Hainanese Chicken,’ Alden Richards’ ‘Paksiw na Lechon’ and Marian Rivera’s ‘Talaba Tempura’ are some of the recipes featured in the cookbook. The recipes are a breeze to follow since they are indexed according to course and occasion along with its preparation time, cooking time and serving size.

At present, the show has been awarded the Anak TV seal for two consecutive years in a row. Also worth noting that recently, internationally-acclaimed Philippine Chefs like Chef Claude Tayag (Bale Dutung) and Chef Sau Del Rosario (Cafe Fleur) generously shared their recipes straight from the kitchens of their restaurants. Regine in turn, made her versions drawing inspiration from said dishes which were a hit. Who knows, with such positive response, a second cookbook might just be in the works! 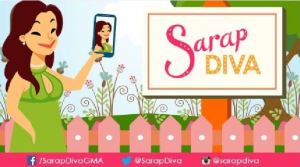 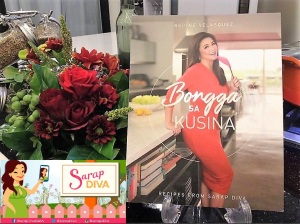