Containing 14 Filipino tracks, 2 in English and 5 short pieces a ‘break within tracks,’ all written by the band members except “Ulan” by Coco Laurente, “Beautiful Girl” by Jose Mari Chan and “Panahon Na Naman Ng Harana” which is a combination of “Panahon Na Naman” by Rico Blanco and “Harana” by Eric Yaptangco; “Harana” was originally included in the band’s 2nd studio album , 1997’s Buruguduystunstugudunstuy.

Pogi Years Old is now available on CD  in all record stores nationwide and on Spotify and other digital formats.

“PPAP” all started when PIKOTARO posted the song on YouTube by himself. I wrote about it a few weeks ago when it started trending (link here PPAP: The next ‘Gangnam Style?’) The word spread from teenage girls and internationally, creating a buzz. TIME, BBC, CNN and other global media in Europe, US, and Asia took notice of the sensation and “PPAP” resulted in being covered by numerous media around the world.

Kinky perm, sunglass and clad in animal print. With the infectious bizarre phrase “Pen-Pineapple-Apple-Pen” (PPAP), PIKOTARO age 53, singer/songwriter from Chiba, Japan releases 4 songs including “PPAP” in 134 countries, only through digital distribution on Oct 7th. PIKOTARO finally made a world debut. These songs can be downloaded thru Spinnr.ph in the Philippines!

More about the artist and PPAP after the jump

END_OF_DOCUMENT_TOKEN_TO_BE_REPLACED

Parokya ni Edgar, one of the country’s longest-standing outfits from the ‘90s band explosion, is back in the music scene this month with an album of all-original material, titled Pogi Years Old.

The new record, released under Universal Records, is their 9th studio album, and their first in six years.

The record is a mixture of comic relief, serious outtakes, and love bites, all with a dash of kapilyuhan, something that the band has always been known for in their career that has spanned 2 decades.

More about the album after the jump
END_OF_DOCUMENT_TOKEN_TO_BE_REPLACED

“All the songs are about love in general, different types, different stages. It’s my way of expressing how I felt when I was going through these stages.” says Solenn Heussaff, the Filipino-French Platinum recording artist. “Universal Records gave me a list of songs that would suit me and we decided on a few pegs on how I wanted it to be and we worked from there.”

There are seven original tracks, three of which are in Filipino, and one cover song ‘Never Be The Same’ by Christopher Cross. During the presscon awhile ago, Solenn being born in 1985, didn’t know about this song by Christopher Cross and only heard it first when the album was in the initial process. She liked it because she wanted the album to be relaxing, an easy listening experience. “This album just makes me feel complete.”

“I love singing because its like painting, its a way to express myself, but what makes singing different is that it gives the listener the freedom to interpret it their own way and have that inimitable feeling of connection with the song.” Solenn said she sings Tagalog better than speak it and her favorite track is ‘Pangako.’ She said the songs included are more suitable to her voice range; some of her music influence came from Sade and Norah Jones.

‘Solenn’ is released under Universal Records and now available on CD in all record stores nationwide and on DIGITAL formats (iTunes, Spinnr, Deezer and Amazon).

With singer and songwriter Noel Cabangon, you can always expect something new and refreshing. Cabangon has a new album under Universal Records called “Sa ‘Yo Lamang”, a collection of classic inspirational songs and original compositions that delve on renewal and the environment. “Sa ‘Yo Lamang” is his latest addition to his growing list of chart-topping albums such as “Byahe,” “Tuloy Ang Byahe,” “Acoustic Noel,” “Throwback: Ang Songbuk ng APO,” and “Panaginip.”

Cabangon is also preparing for the Traffic Jam concerts – September 16 at The Music Museum and October 21 at the PETA Theater Center.

END_OF_DOCUMENT_TOKEN_TO_BE_REPLACED

When the Perkins Twins Jesse and Christian Perkins, released their newest album “Can’t Stop” under Universal Records, they began a unique love story with their fans who found a connection through their music.

Now, the Filipino-American pop twin brothers, takes the romance further with a series of mall tours as they perform their songs live and meet up with their avid supporters. 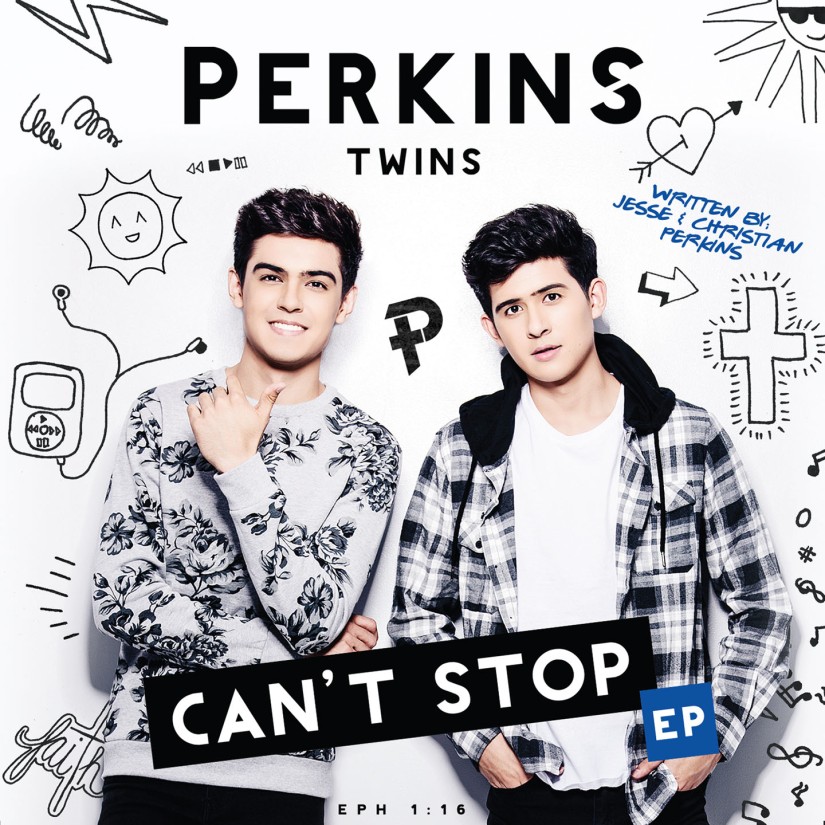 Jesse explains, “We decided to name our new album, ‘Can’t Stop’ because it reflects the concept of never quitting and always giving our best through hard work in everything we do. It is also expresses the kind of relationship we have with our fans. They are the reason why we are enjoying this success, and we will be forever grateful for them and we just Can’t Stop thanking them all.” END_OF_DOCUMENT_TOKEN_TO_BE_REPLACED

To celebrate the release of “Sinag” and “Tala” Sponge Cola will be having a concert at the Teatrino on August 26, 2016. VIP tickets are priced at P1000 which comes with 2 free EPs, front row seats and SoundCheck party passes. P600 for the succeeding rows, comes with 1 free EP and P500 for the remaining rows plus 1 EP.

Sponge Cola Sinag + Tala is produced by Spongecola and Alvin Cornista and released by Universal Records.

For tickets and reservations call Ticketworld at 891.9999 or log on to http://www.ticketworld.com.ph

More about the EP Double Launch:

The two EPs, one entitled “Sinag” and the other one “Tala,” is the band’s fourth (and fifth), having released their self-titled Sponge Cola in 2003, Tambay in 2011 and District in 2012. END_OF_DOCUMENT_TOKEN_TO_BE_REPLACED

Singer and actor Sam Concepcion is coming back stronger than ever. With the release of the first single “Kalsada” from latest album “Bago”, Sam’s first full-length album in three years is now available via Universal Records.

Constantly striving to reinvent his music after five albums under Universal Records, Sam shared “This is, I guess, is a new me—a new identity. It’s more organic, it’s more truthful to what I want to make and where I wanna take my music. This is quite a bit of a risk but it’s a step towards the right direction.”

Releasing the long-awaited follow-up to his album “Infinite” (2013), “Bago” is like a gust of fresh air, blowing the dominance of Electronic Dance Music in contemporary pop in the kick-off single “Kalsada.”

Sam said, “This is a type of song that you wanna listen to when you’re going on a night-out or long drive because it’s about getting away. It talks about escape from reality, being young and having fun.” END_OF_DOCUMENT_TOKEN_TO_BE_REPLACED